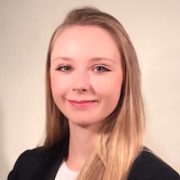 How to Do an Insta Photo Shoot at Home

Larsen Thompson is a rare beauty who, at age 19, has gone from being just another backup dancer to conquering the fashion world. Her viral videos, ‘IDFWU’ and ‘Run the World’, were one of the first to leverage YouTube as a storytelling method in the dance industry. At age 14, she signed with Next Models, and has since appeared in Pink’s and Katy Perry’s music videos, and worked with fashion and beauty brands such as Tommy Hilfiger, Fendi, Pandora, Givenchy, Maybelline and more. This past year marked another important one in her career as she starred in her first feature film, Bloodline.

In an exclusive interview for RGNN, Larsen explains where her career began, and where she is heading next.

Isabel Eva Bohrer: How did your dancing career begin?

Larsen Thompson: My dancing career started at the age of 9 years old as I began working with some of the top choreographers in the industry getting opportunities to work on commercials, live television, and music videos for many artists.

IEB: When you dropped your initial videos, ‘IDFWU’ and ‘Run the World’, did you think they were going to go as viral as they did?

LT: No not at all, we had a creative idea to share a message about women empowerment that we hoped would inspire young girls around the world. It felt like we were the first creative team in the dance industry to leverage YouTube and content to tell a story through movement.

IEB: What about music videos, how did you get that first gig and what has been your favorite music video so far?

LT: My first music video was with Borns in “American Money” where I played his love interest! From there I’ve been able to be work with Katy Perry, Sia, and Pink. My favorite music video so far would definitely be Pink’s “Beautiful Trauma”, as I was the featured dancer playing her in the actual music video. To top it off, she was involved with the creative direction of the project so it was an honor and an incredible experience all around.

IEB: There are many dancers, but your career is special – how did you make the leap from being a dancer to modeling and appearing in fashion campaigns and editorials?

LT: When I started working commercially it opened my eyes to the print world. I have always loved fashion and to be all dressed up and be behind the camera looked incredible. From there, at the age of 14 I signed with Next Models in which exposed me to the high fashion world with editorials/campaigns and I fell in love. Over the past 5 years I’ve been able to travel the world and work with brands like Tommy Hilfiger, Fendi, Pandora, Givenchy, and others. Dance has helped me so much in the modeling space with movement and expression and I love that on almost every project I work on they have me pull out my moves!

IEB: What has been your favorite modeling project so far and why?

LT: My favorite modeling project so far would have to be my global Maybelline campaign. To be the face of Maybelline was a dream of mine since I was a little girl so for it to come to reality was a dream come true. In the campaign I got to be alongside one of my favorite models Adriana Lima, which just made the experience even better. She was such a wonderful person to work with and I had the pleasure of getting to know her!

IEB: What are your career goals for the near future?

LT: My career goals for the future are to continue working in the fashion and modeling space and hopefully getting more involved in the acting world. This past year I was able to star in my first feature film Bloodline with Seann William Scott by Blumhouse Productions. I also completed two independent films being released in 2020 – Pearl and American Cherry! I have fallen in love with acting, and I’m looking forward to continue growing in that craft.

My Hack for Fluffy Brows – Use Eyelash Glue

How to Do an Insta Photo Shoot at Home

Looking To Do a Valentine’s Day Shoot? Here’s Some Inspo

Leopard Is My Thing

How to Achieve Heatless Curls

Every Day Is Gelato Day